Locked in Amsterdam
Side Project

Sure About Your Purchase
Commercials

Amnesty Unlock
Out Of Home

The Sun:
A FOOTIE team’s pink and orange sausage-themed kit is cooking up a storm. Amateur club Bedale AFCare sponsored by Heck sausages, which has a factory nearby in Sinderby, North Yorks.

Their bangers and clash strip has gained notoriety on internet football sites. It has even been tipped to win “worst (or should that be wurst) kit of the season” award.

Chairman Martyn Coombs admits when the local company’s marketing team came up with the “interesting design” for their kit they were a bit taken aback.

He said: “As an amateur football club we rely on the generosity of local businesses to sponsor us, health and fitness you can appreciate is paramount, in the past we’ve been sponsored by Hall’s Fish and Chip’s of Bedale, R and R Ice Cream of Leeming Bar and now Heck Sausages.

“I used to teach Andrew Keeble, the owner of Heck Sausages and when they opened the new plant they were keen to get involved with the club, but obviously their marketing department wanted to make a statement. 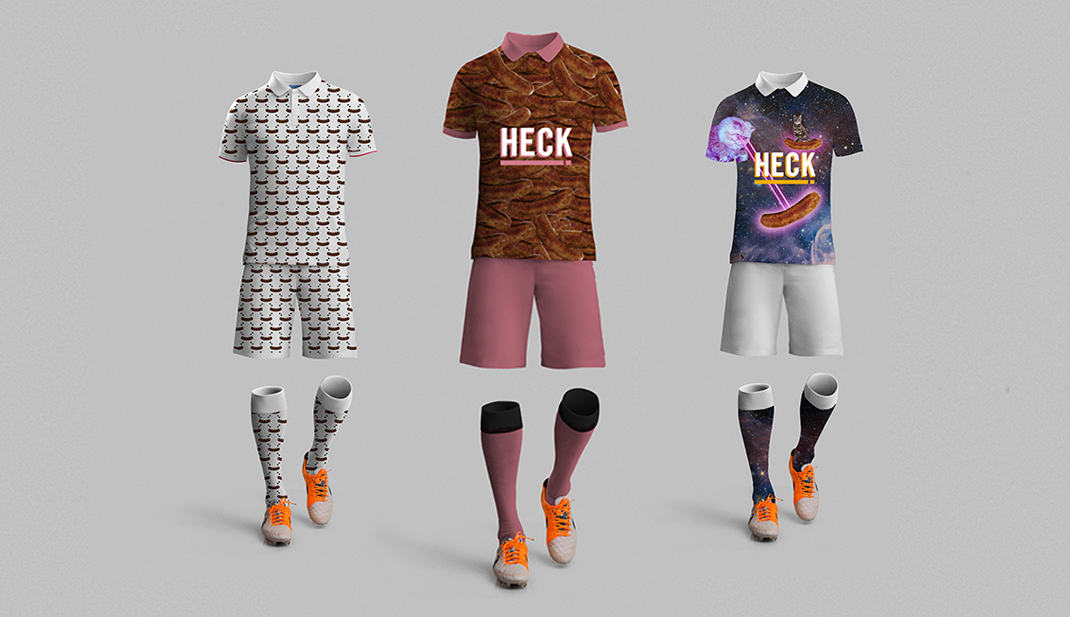 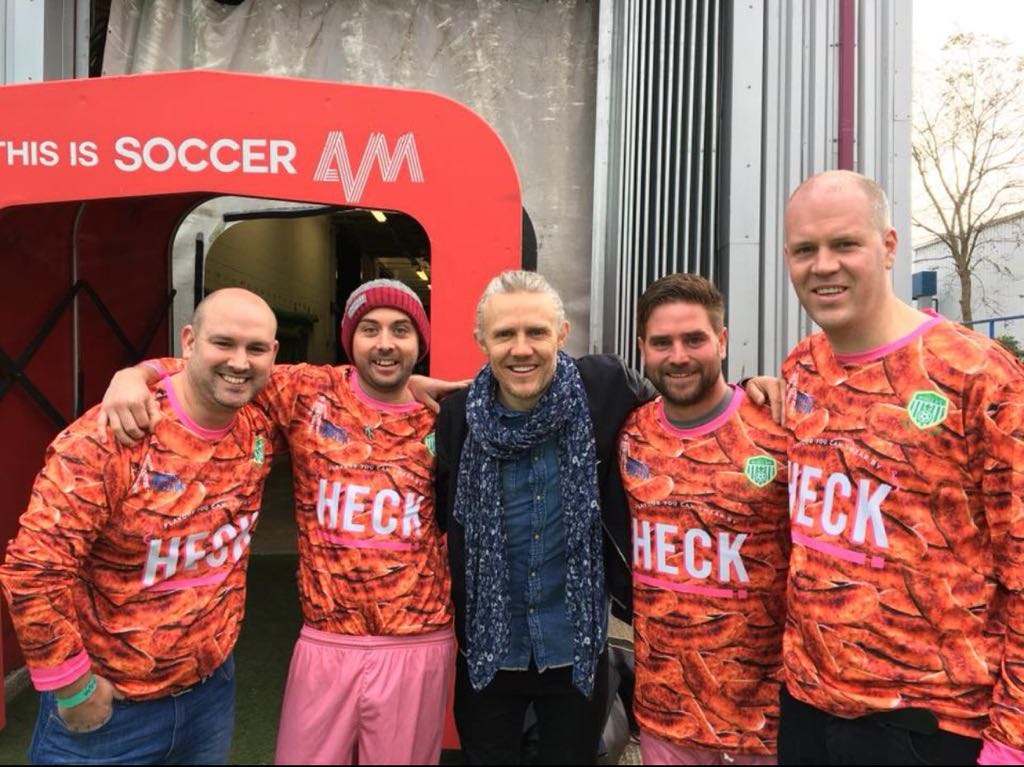 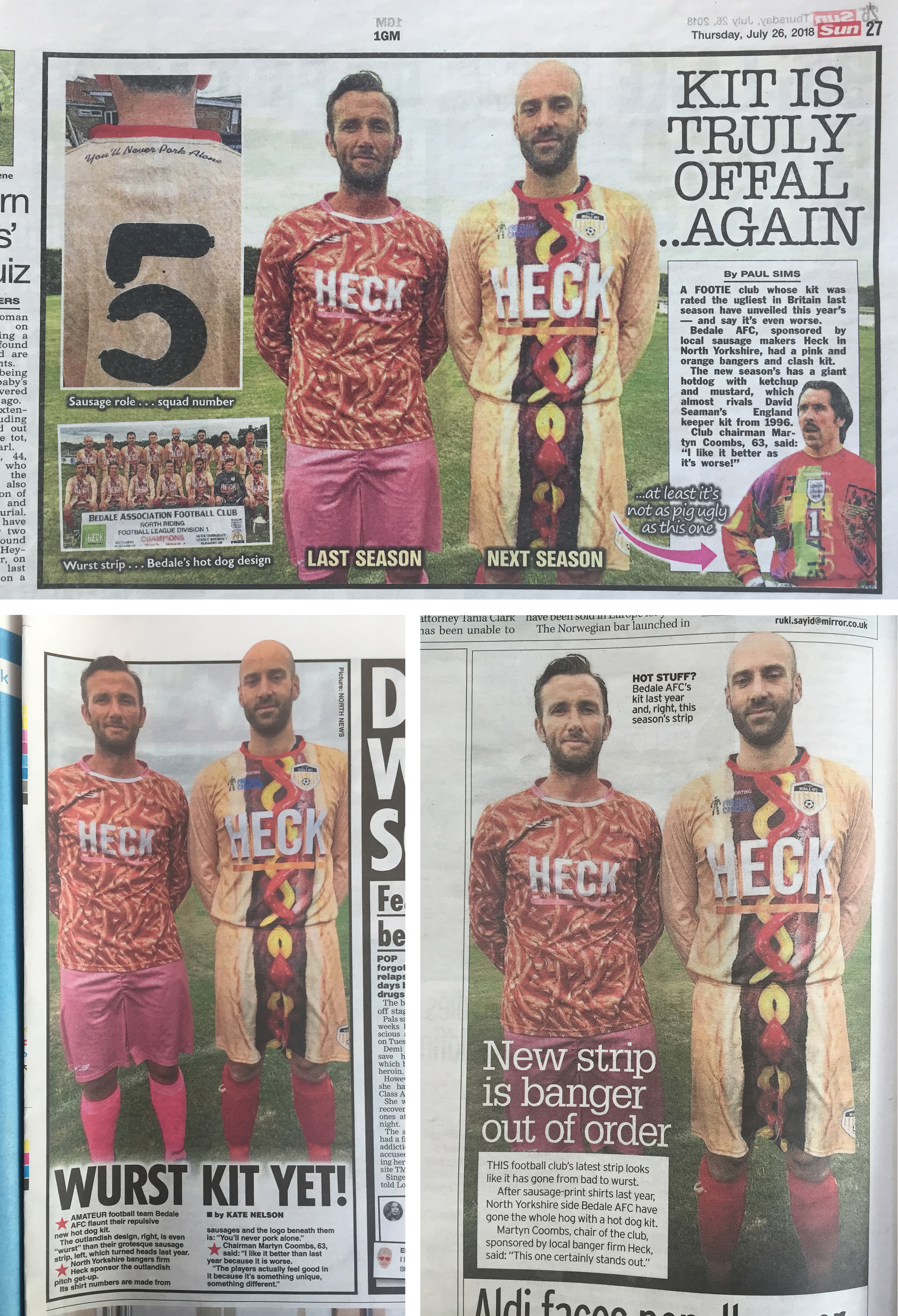 Locked in Amsterdam
Side Project

Sure About Your Purchase
Commercials

Amnesty Unlock
Out Of Home